Despite announcing a campaign two years ago to remove Fallout Shelter signs from their buildings, New York still has many signs intact throughout the five boroughs.

A welcome sight going into the new year, and new decade.

Images taken and owned by Tim and Erica, FFZ correspondents and used with permission.

This view last Sunday shows one of the buildings of the Whittier Street projects almost completely demolished, and the lone Fallout Shelter sign on the building awaiting it’s fate.

Like many other city owned housing developments, several of the buildings here were designated as shelters. As of today, however, only one building with a sign remains. The rest have been demolished and replaced with new construction. 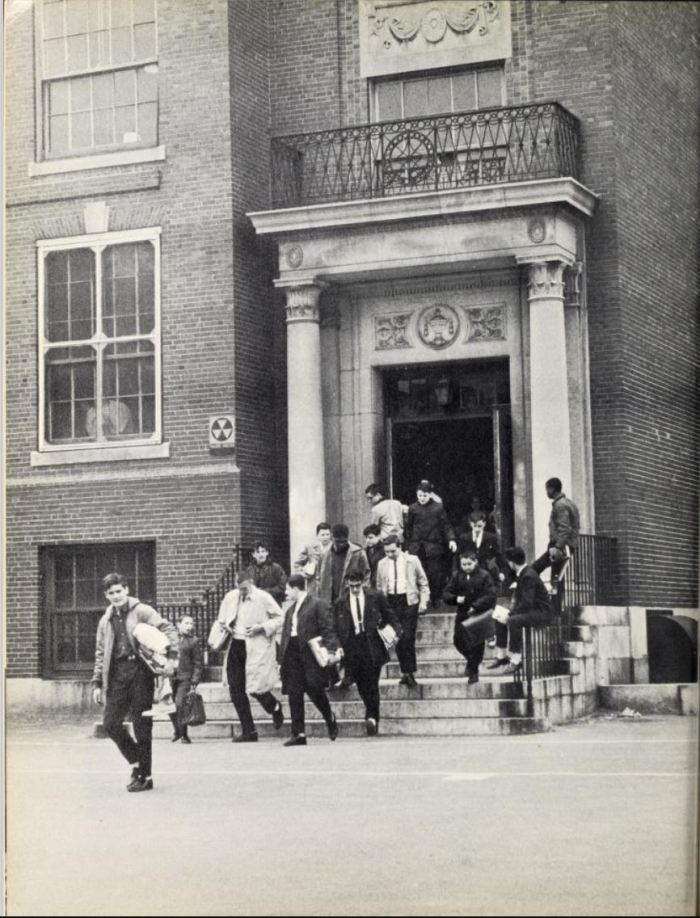 Boston Latin School, the oldest public school in America, was founded in 1635. The first school building was on School Street in Boston (a plaque marks the site). It moved to it’s current location on Avenue Louis Pasteur in 1921.

Like many of the other Boston Public School buildings, it was marked as a public Fallout Shelter. The first two photos above excerpted from the 1964 Liber Actorum. which is Boston Latin’s yearbook, and presumably taken around the same time. The third photo was taken from the 1979 edition.

It is unknown if this was the same sign, but the school had an addition added in the late 1980’s/early 1990’s, and it (or they) were likely removed at that point, as publications of Liber Actorum from the mid-1990’s no longer showed them.

The picture below of the Boston Latin football team is from the 1969 Liber Actorum  and shows the exterior sign on the front of the building, which based on photographic evidence was removed by 1990.

The building also had numerous interior Fallout Shelter signs on the first floor, in the interior stairs, and in the basement. Three such signs existed in 1995, and all were removed within the next 6 years.

Pictures below show two different signs from the 1979 Liber Actorum 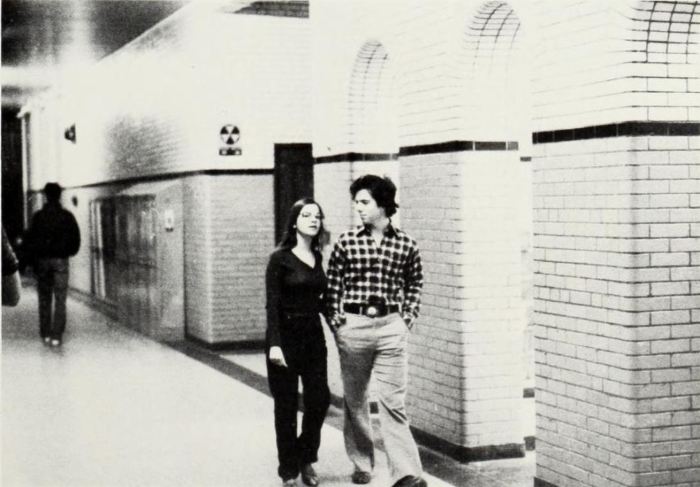 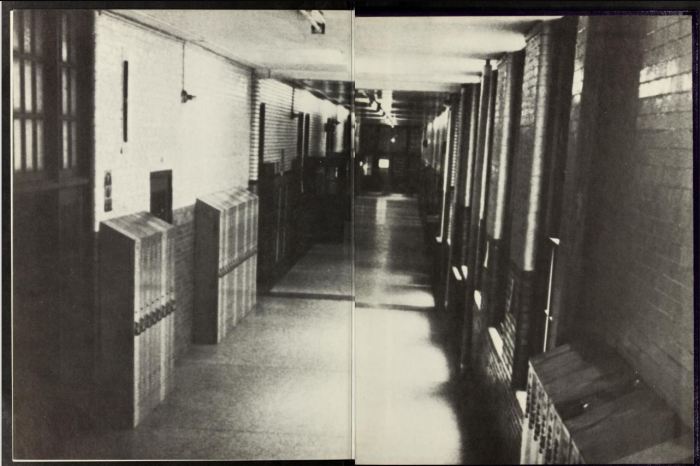 A listing of shelters in Roxbury (which is the area this school is considered to be in) shows the shelter capacity for Boston Latin at 1,006.

Several other editions of Liber Actorum show signs in the hallways, and by physical and photographic evidence, it was likely that 7 or more interior signs existed when the school was designated as a shelter. One FFZ contributor even shared that Civil Defense water barrels became classroom trash bins at Boston Latin in the 1980’s.

As the phrase goes, Tempus Fugit, and no signs remain at Boston’s oldest and most renowned public school.

All photographs above excerpted from editions of Liber Actorum and accessed through archive.org at https://archive.org/details/bostonlatinschool

A woman strolls by as three men sit outside the former Army & Navy YMCA in Charlestown in this undated photo. A Fallout Shelter sign is posted on the wall to the right of the entrance. This building and it’s neighbors have since been demolished.

The above photograph is property of the City of Boston Archives and used under Creative Commons licensing. No portion of this photograph was changed or altered in any way.

A recent rainy day made this sign at the Boston Preparatory Charter School look like it had just been put up, even though it’s now over 50 years old.