This screenshot from the TV series Spenser: For Hire shows an exterior Fallout Shelter sign on the outside of a residential building at 96 Beacon Street in Boston. This shot came from Season 1, Episode 22 (“Hell Hath No Fury”) and was taken as Spenser (played by Robert Urich) turns from Beacon Street on to Arlington Street.

The building is still there today, but the sign is long gone. 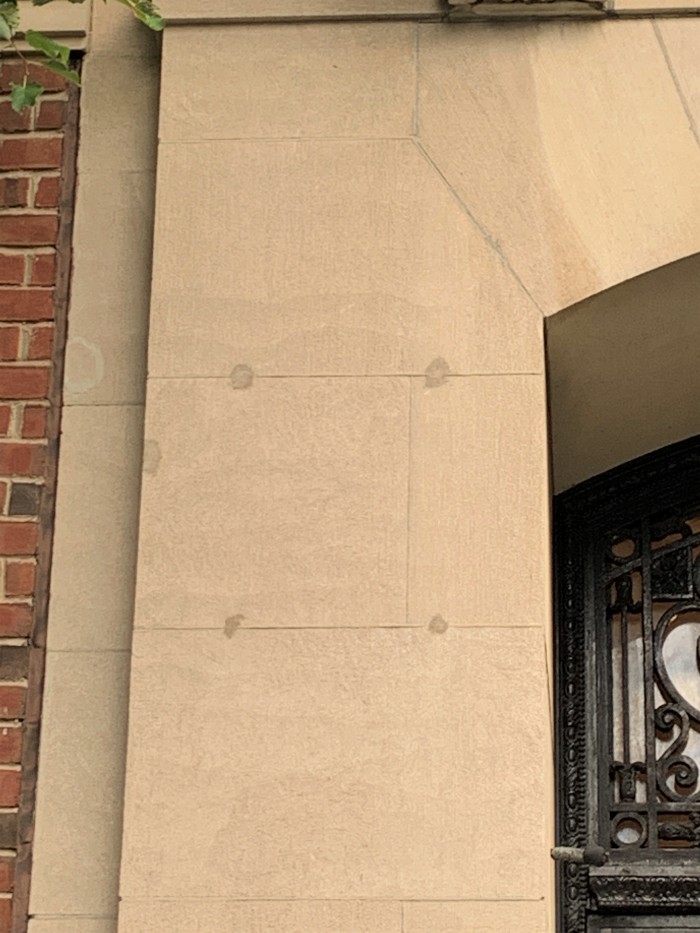 The sign marks are still very prominent to the left of the entrance door. It is unknown when the sign was removed but it was well before the mid 1990s.

Spenser ran three seasons from 1985 to 1988 and was filmed almost entirely on location in Boston.

Footage from Spenser: For Hire owned by Warner Brothers Television