Many older buildings and some of the city’s schools still have their Fallout Shelter signs, and the ones shown below are only some of what the city still has. It is currently unknown how many shelters actually once existed in the city. 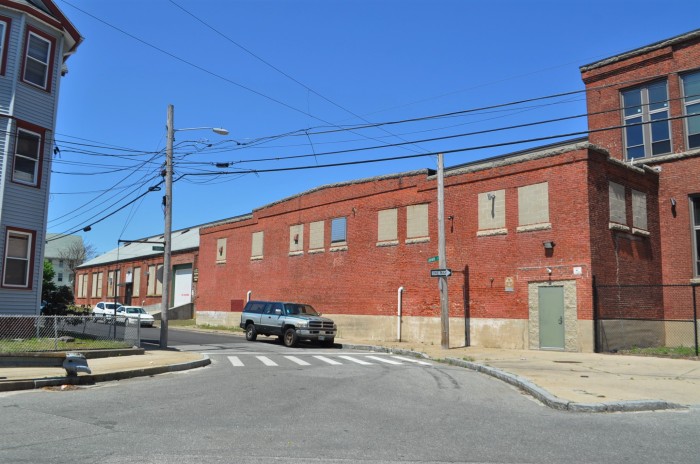 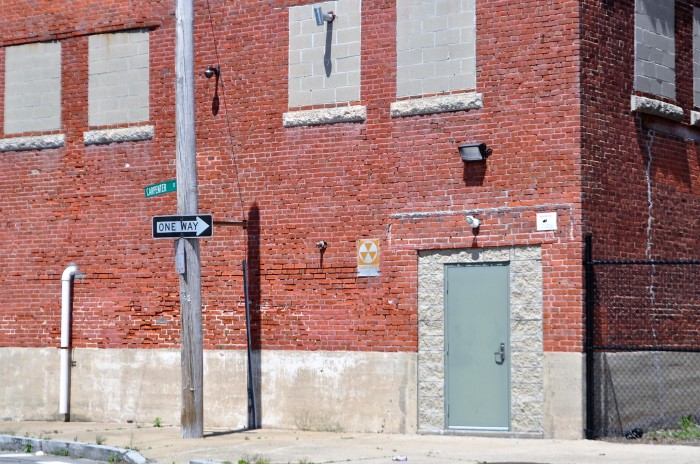 UPDATE: The building is now inhabited and the sign was removed by 2019 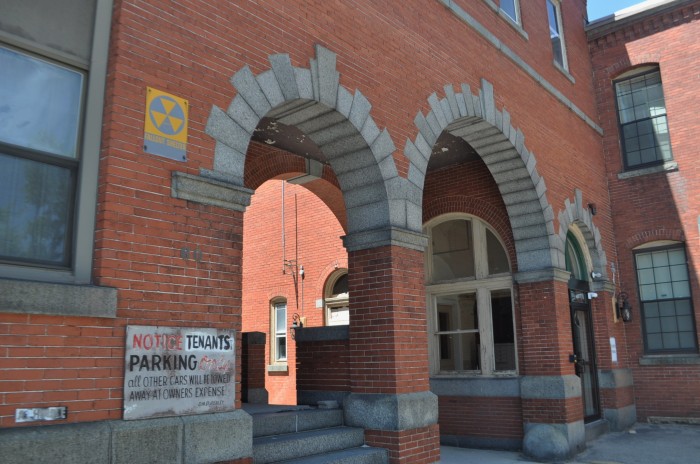 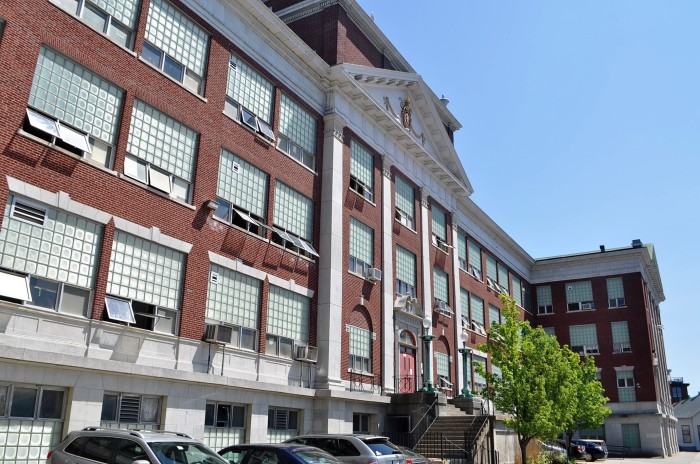 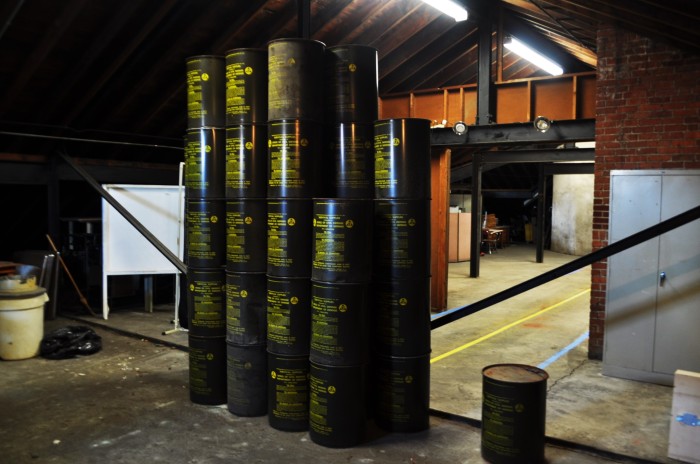 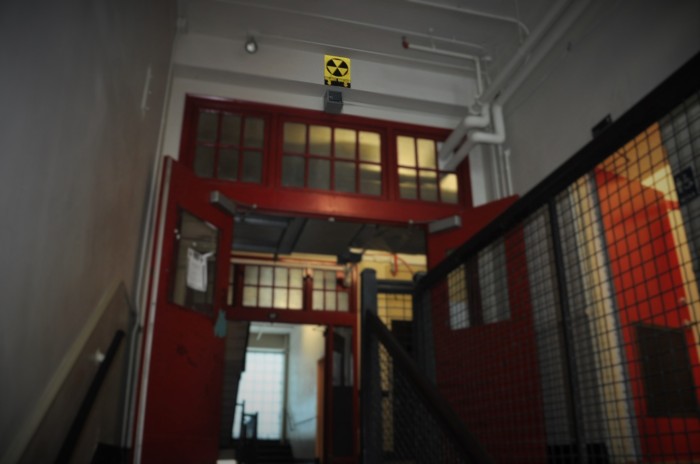 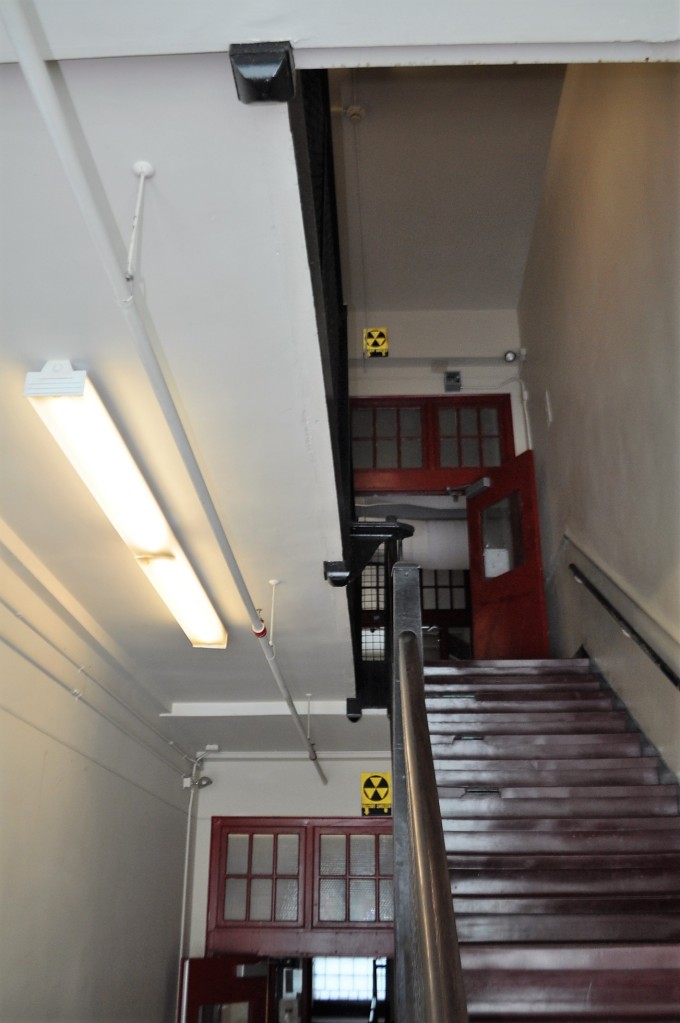 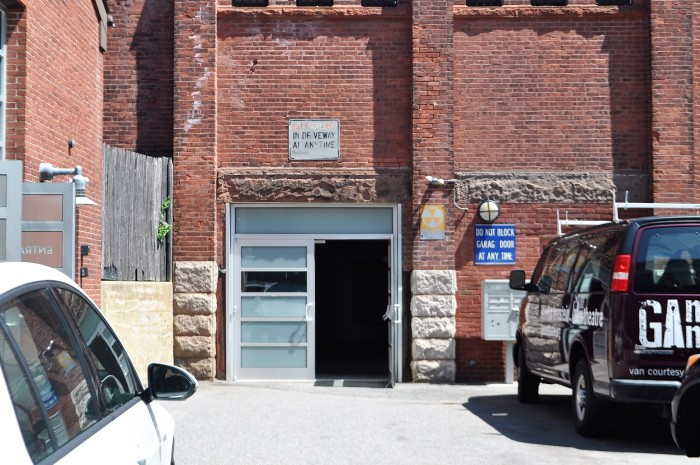 The Fallout Shelter at Tolman High School was what inspired me to do an out of town page for Pawtucket. Once I started to explore the city more, I found more shelters and took the exterior pictures of the other signs before securing permission to take the pictures at Tolman. The custodial staff were very generous when I asked them if any supplies were left, and brought me to an attic space where the water barrels remained; none of the staff was aware if there were ever any crackers or medical kits, however.

The 6 interior signs (one on each floor in two different front stairwells) pointed to shelter space in the interior hallways of each floor. There were no signs in or pointing to the basement, although it was a similar set up and would have had enough space to hold people. I was unable to get photos of the hallway/shelter areas as school was still in session. Two of the exterior signs were on the front of the building, and the other four were in the rear. This is a very big school building, but no capacity was listed on any of the signs.

There were two exterior signs on the outside of the Conrad-Jarvis/North East Knitting building, but I didn’t know the other existed until after I left. Both companies are in the same large old mill style building, albeit with different addresses.

There was also an exterior sign at the Charles Shea Senior High School on East Avenue, but I was unable to secure a picture of it.

Pawtucket is a nice small city with a good number of shelters remaining. I am hoping to return for part 2 in the future and obtain pictures of the rest of them (ed note: the pictures of the interior signs in the Tolman High School were not the quality I would have liked, so I apologize for that. I had to take the pictures with some haste, as school was still in session and no students or staff could be in the pictures).

All pictures were taken on May 12, 2016 and are exclusive property of Fallout Five Zero. Exterior and interior pictures at William E. Tolman High School were taken with permission of the administration. All other exterior photos were taken in public places.

Special thanks to the administrative and custodial staff at Tolman High School for granting access for the pictures and fielding questions.