The Boston Community Leadership Academy is the name of what was the former Hyde Park High School in Boston’s Hyde Park section.

The exterior sign on the school was removed from the building by the early 1980’s, as seen through photographic research. However, as of a 1994 visit, there were still several interior signs in the building. The shelter areas included interior hallways, and there were signs within the hallways themselves.

However, during this visit in late 2010, only one interior sign remained.

This one interior sign is in a side stairwell. It’s still in very good condition for being 50 years old. 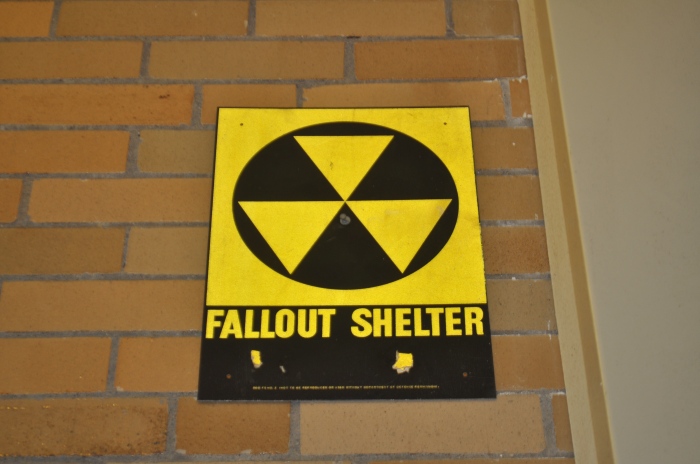 The arrows, however are not, and were ripped off.

In a basement area was this sign shadow, showing the adhesive where another sign once stood.
This school, which was once full of signs, is now down to one, and although it is presumed to still exist, it too may have been removed. All that is left otherwise are shadows and empty spaces where signs once stood.