The Bradley Elementary School is located in East Boston, in a neighborhood known as Orient Heights. 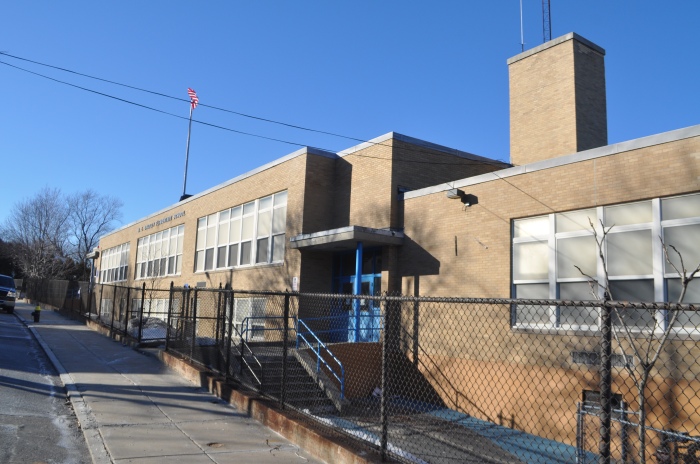 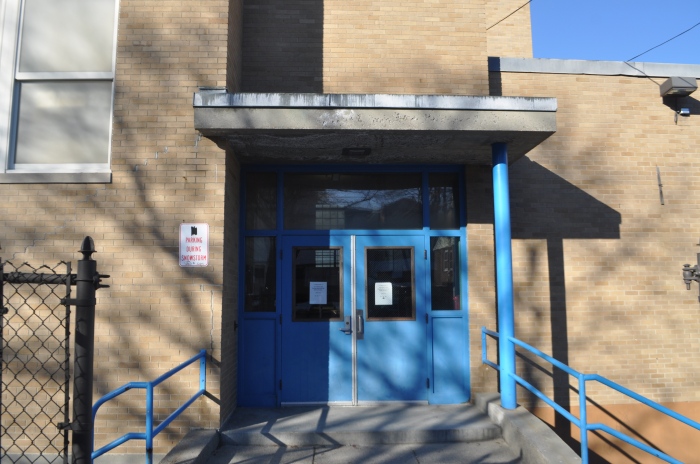 No exterior signs remained at the time of the visit, but there used to be one to the left of the main entrance door, above the “No Parking During Snowstorm” sign. 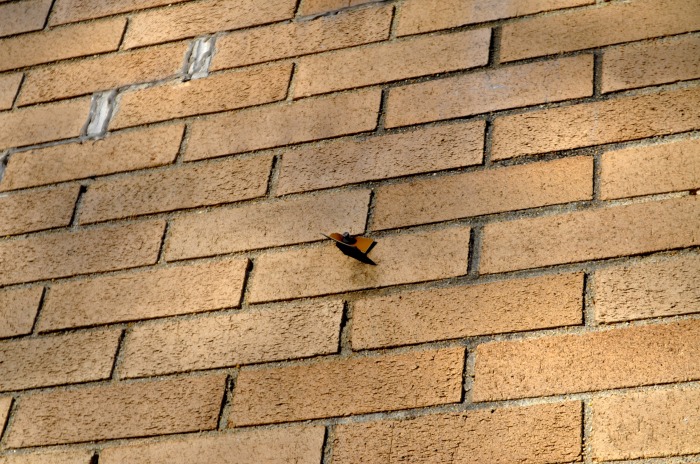 When the exterior sign was removed, a piece of it was actually torn off and left on the wall, as seen in this photo. 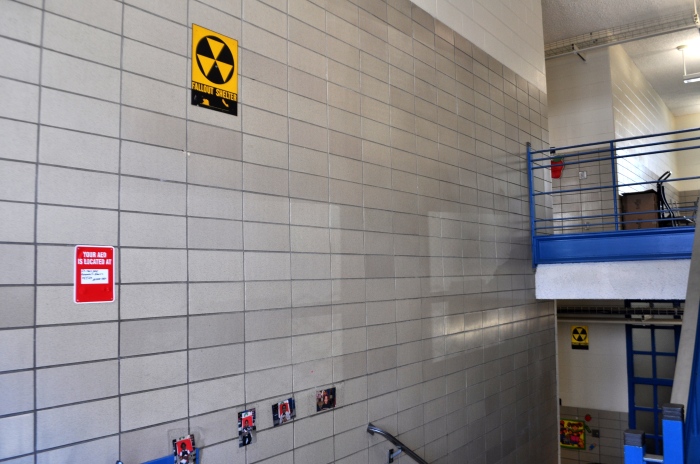 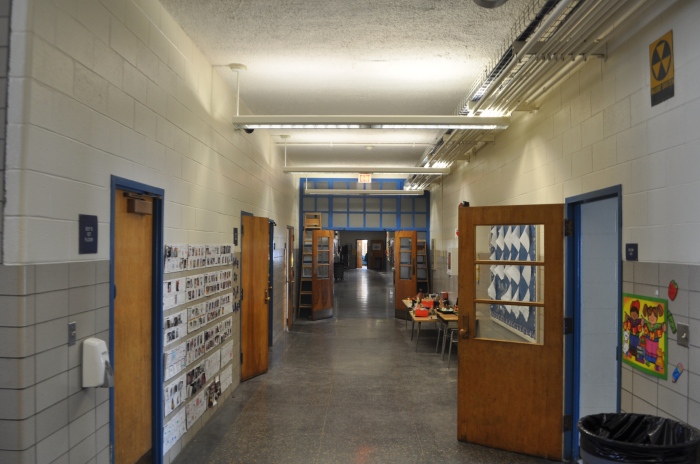 Going down the stairs to the interior hallway, the second sign is seen on the right along with the hallway that would have served as the shelter area. 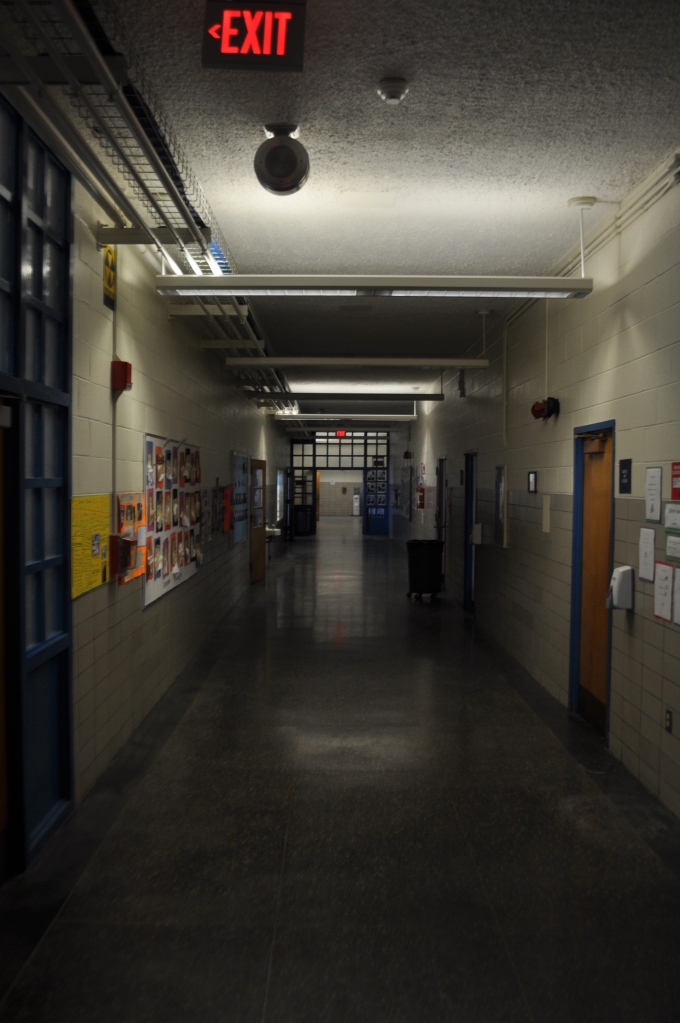 At the other end of that same hallway, looking back toward the main entrance, a third interior sign is seen on the upper left. 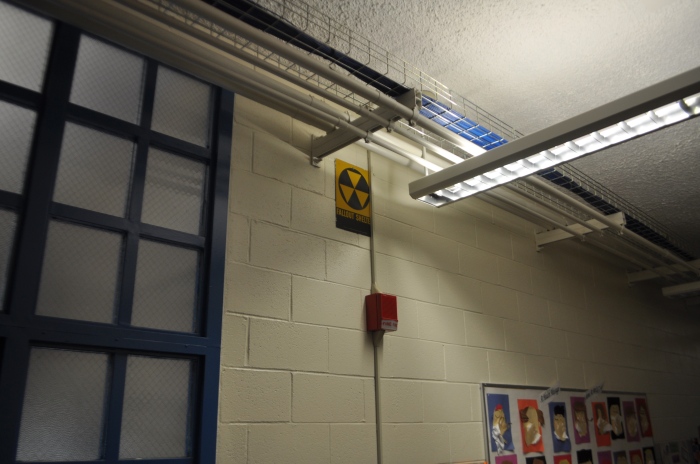 The fourth interior sign was at the base of a set of stairs leading up to the main interior hallway from a lower parking lot entrance. 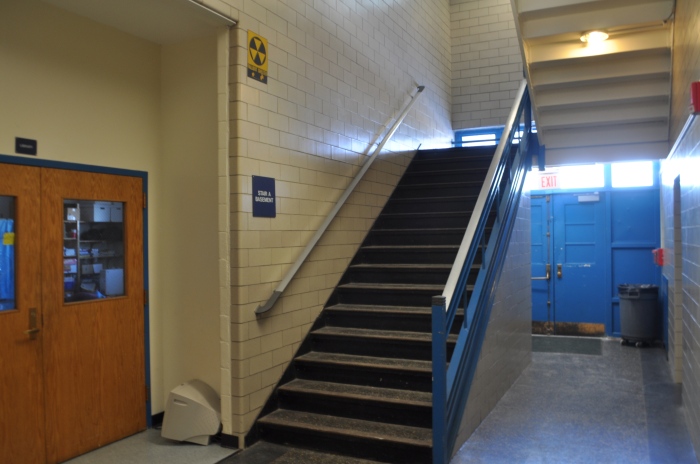 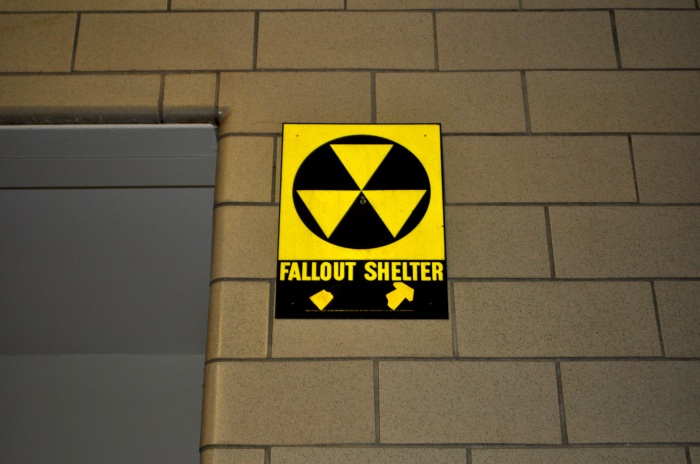