Our first Out of Town Mini Series comes from our lead correspondent, Tim, who took these photos at different times in 4 different US cities: Buffalo NY, White River Junction VT, Cleveland OH, and Las Vegas NV. 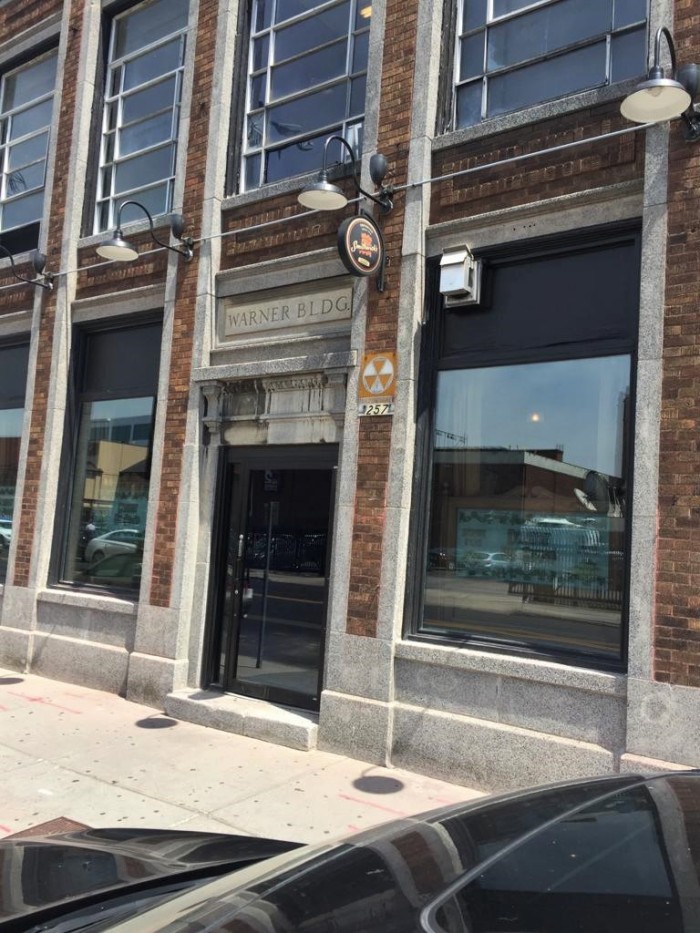 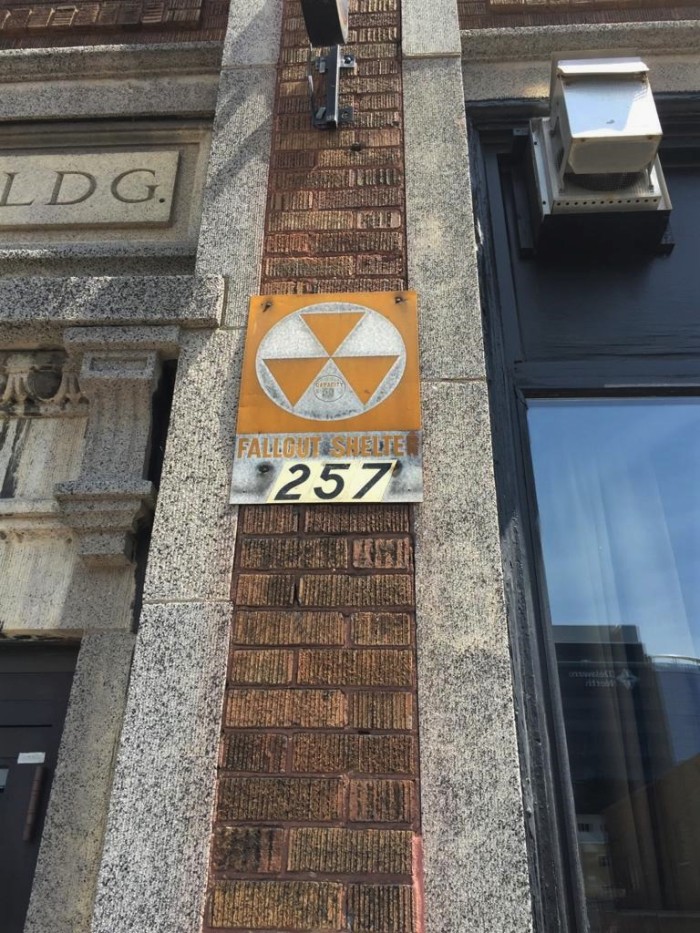 This worse-for-wear sign is on a commercial or mixed-use building and doubles as the address indicator for the building. 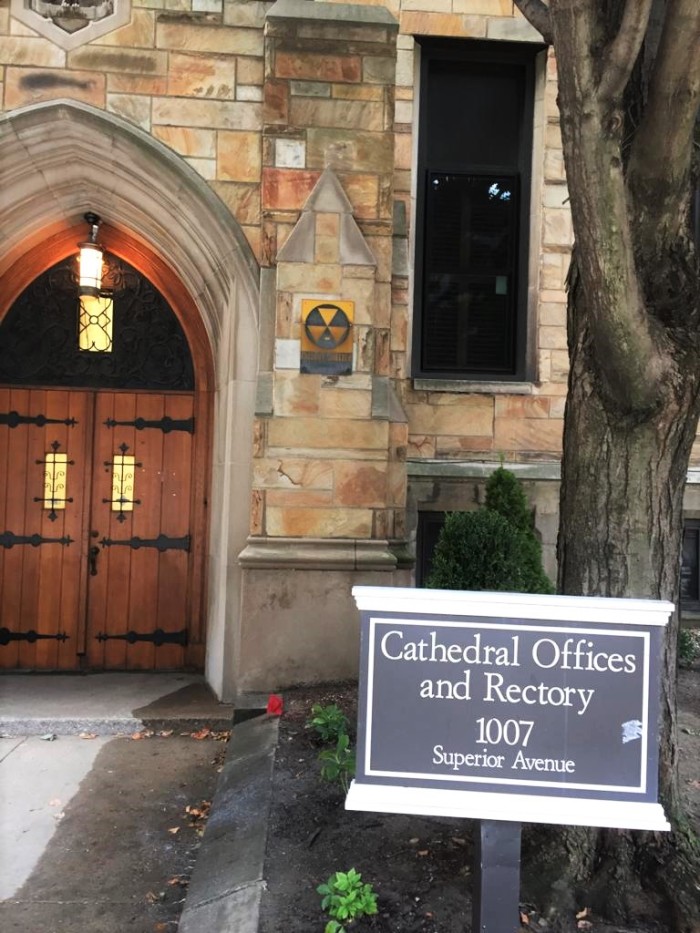 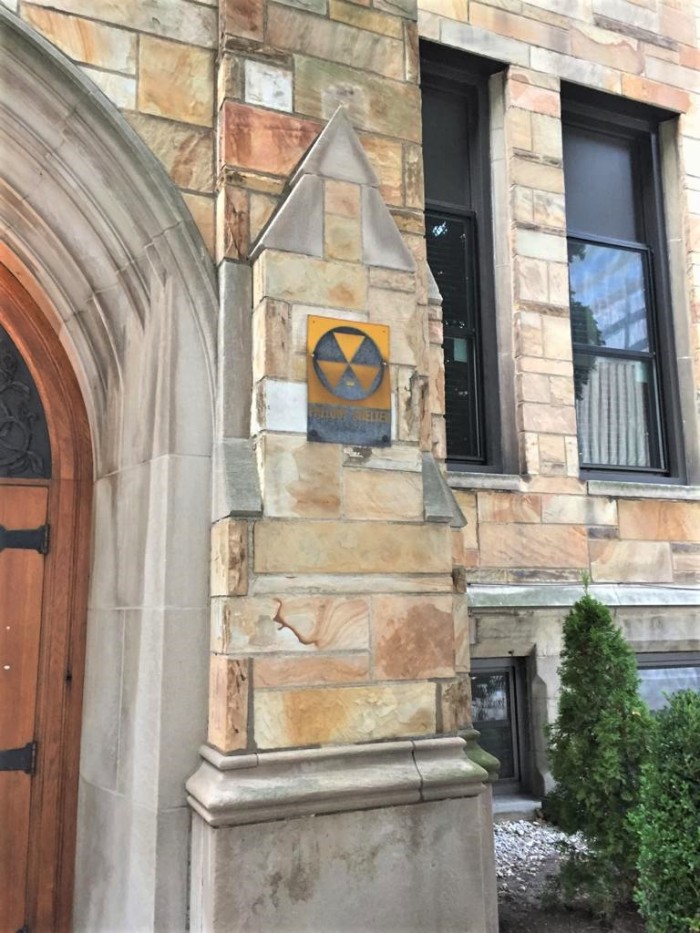 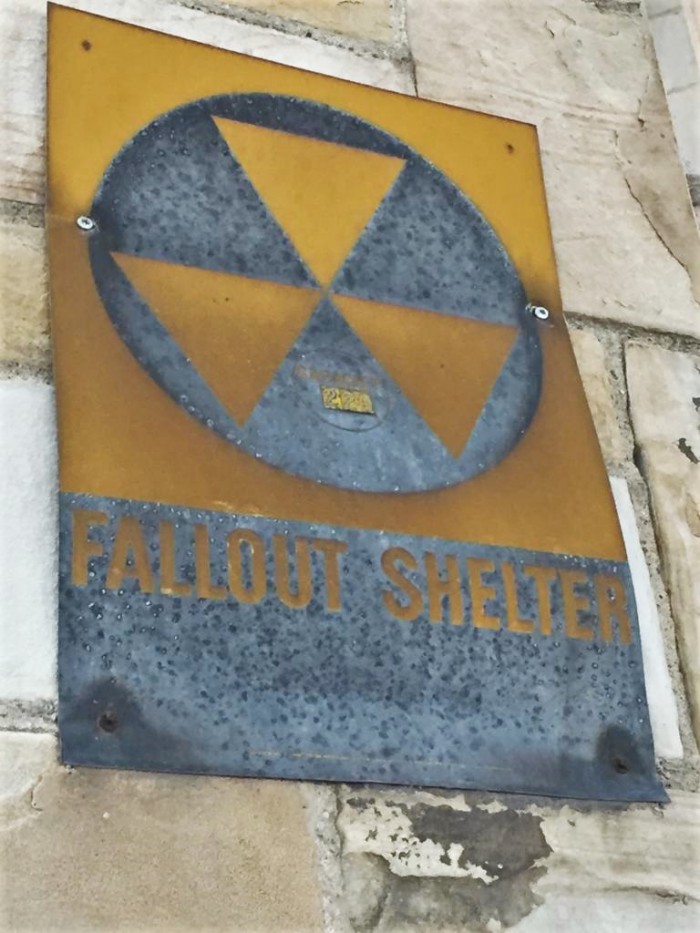 This sign, located at the rectory and offices of The Cathedral of St. John the Evangelist in Cleveland, shows a capacity of 220+ and appears to have been re-mounted at the top with new screws. The original fasteners remain intact at the bottom, so it’s likely the top of the sign came off the building at some point. This sign remains as of 2019. 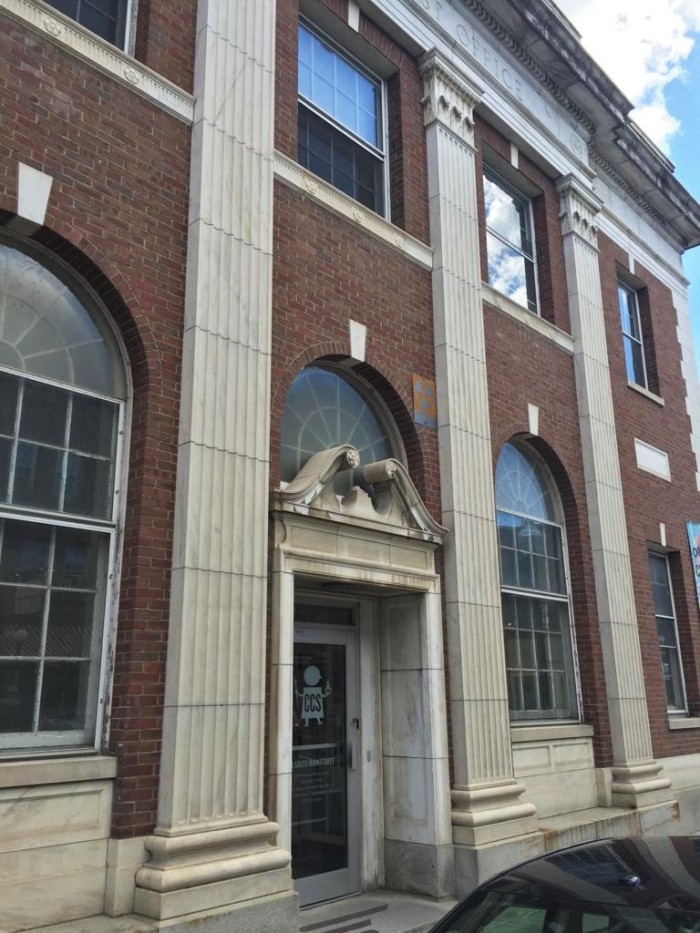 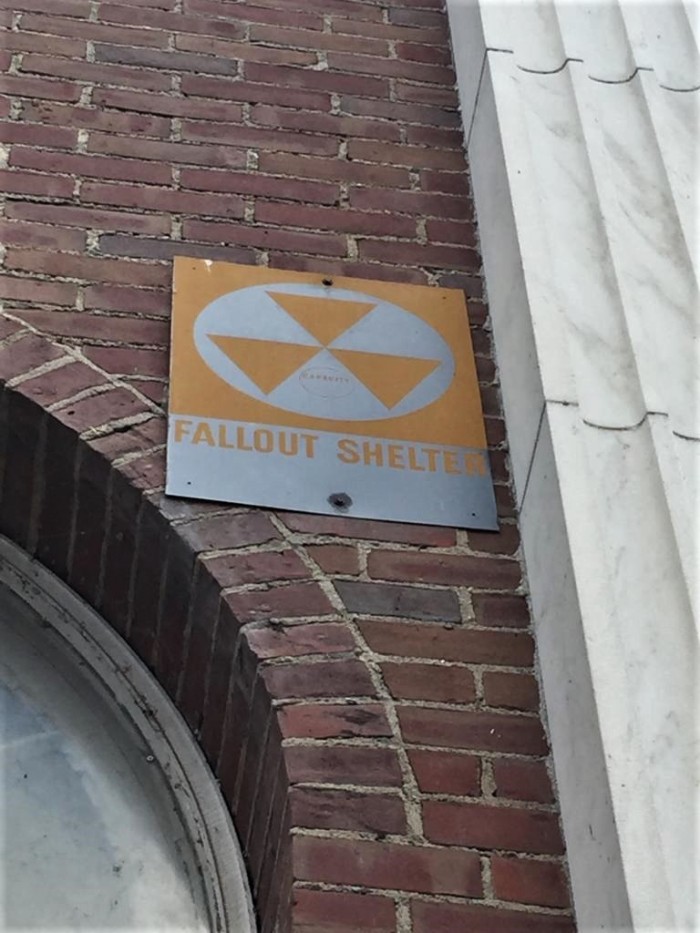 This Fallout Shelter sign is on the former Post Office in White River Junction, VT (now The Center for Cartoon Studies). 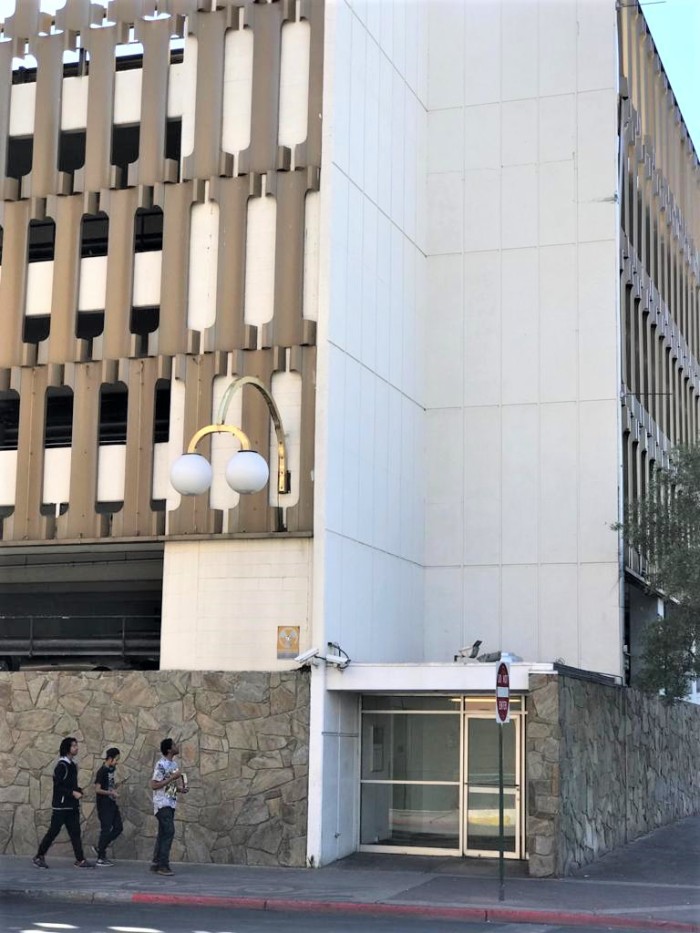 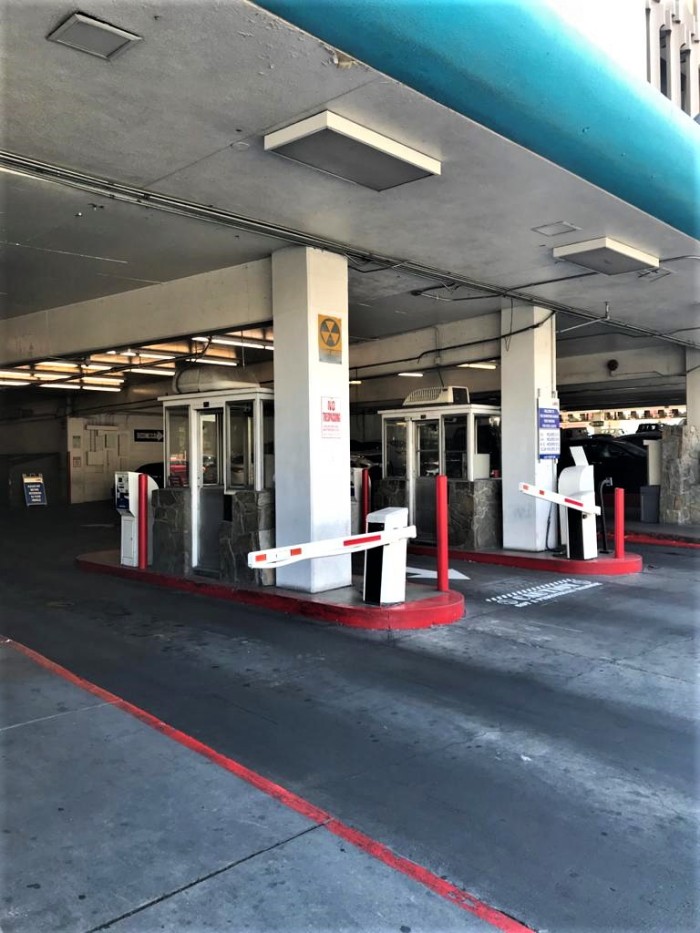 These two Fallout Shelter signs are a bit of a mystery, as they’re on an open-air parking garage for the Grand Hotel and Casino in Las Vegas. It is unknown but presumed there is an underground level or basement that served as the shelter area; otherwise, it’s odd these would be on this structure as there would be no protection provided for occupants.

Special thanks to Tim for these photos and kicking off our Out of Town Mini Series.

All photos owned by Tim and may not be used or reproduced without express permission. 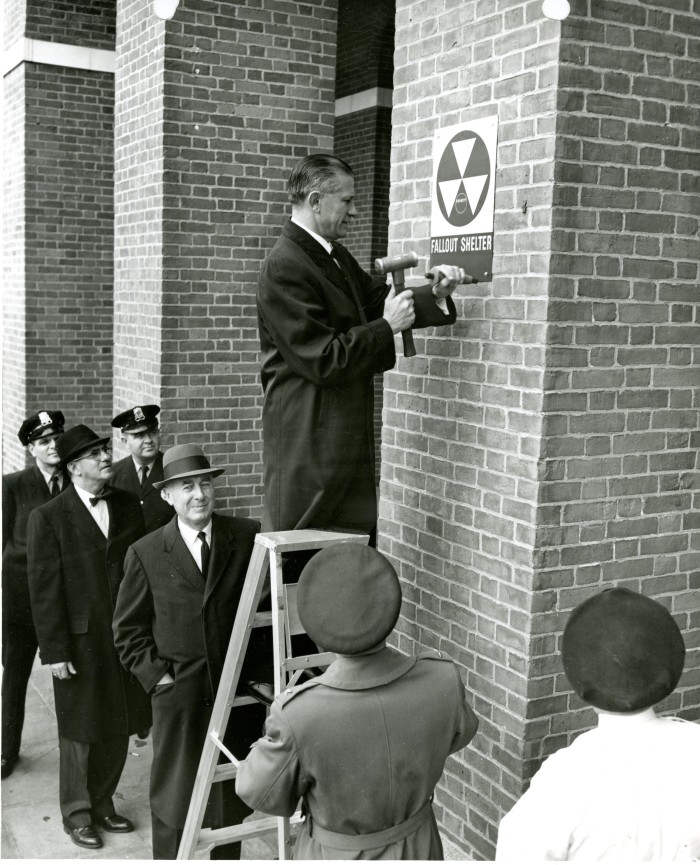 Despite announcing a campaign two years ago to remove Fallout Shelter signs from their buildings, New York still has many signs intact throughout the five boroughs.

A welcome sight going into the new year, and new decade.

Images taken and owned by Tim and Erica, FFZ correspondents and used with permission. 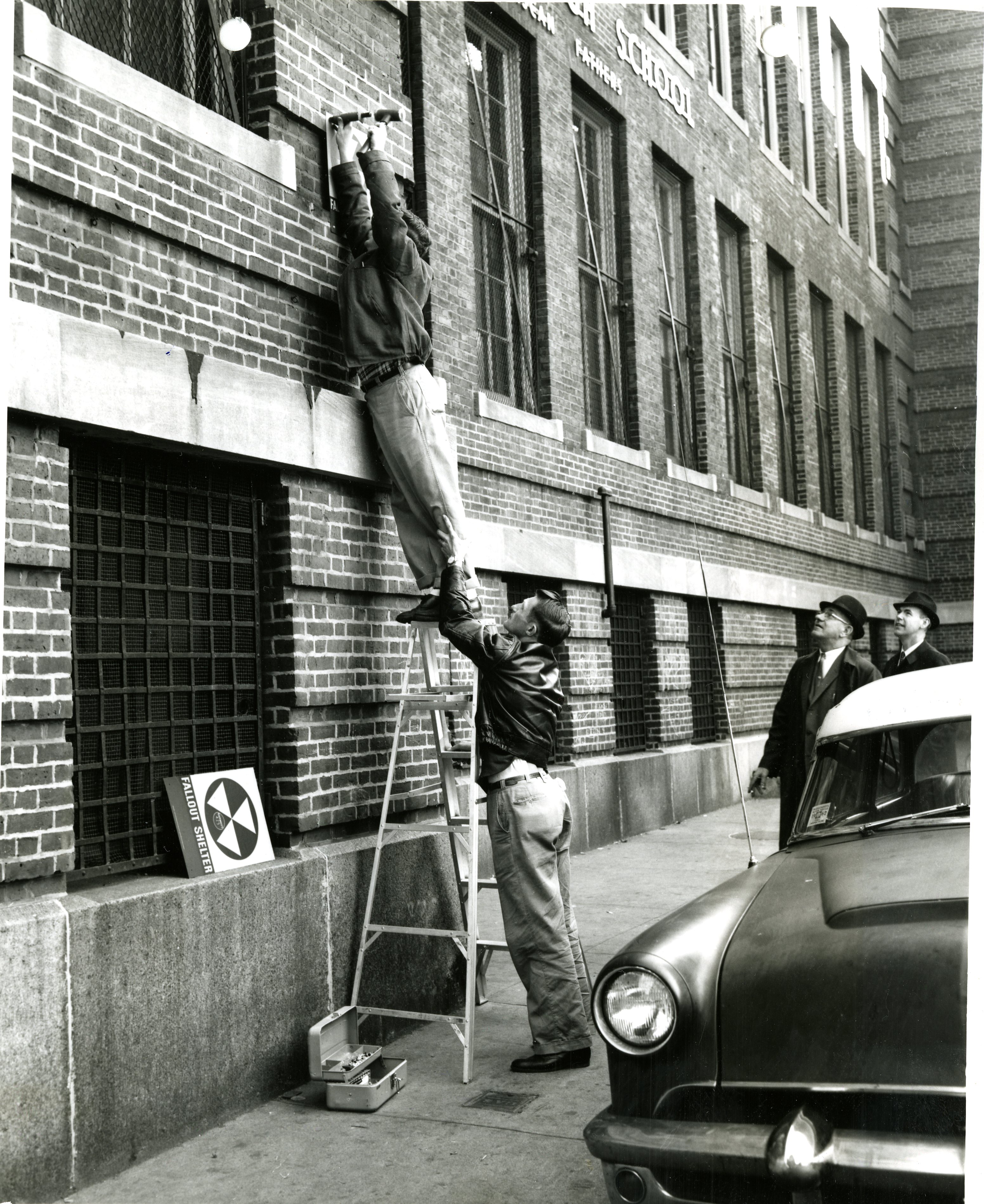 A recently discovered photo from the National Archive shows a Fallout Shelter sign being hung at the former Christopher Columbus High School in the North End (now residences) on December 3, 1962.

The photo description says this sign was being hung on the North Bennett Street side of the school, and it has since been removed. However, one sign remains facing Tileston Street 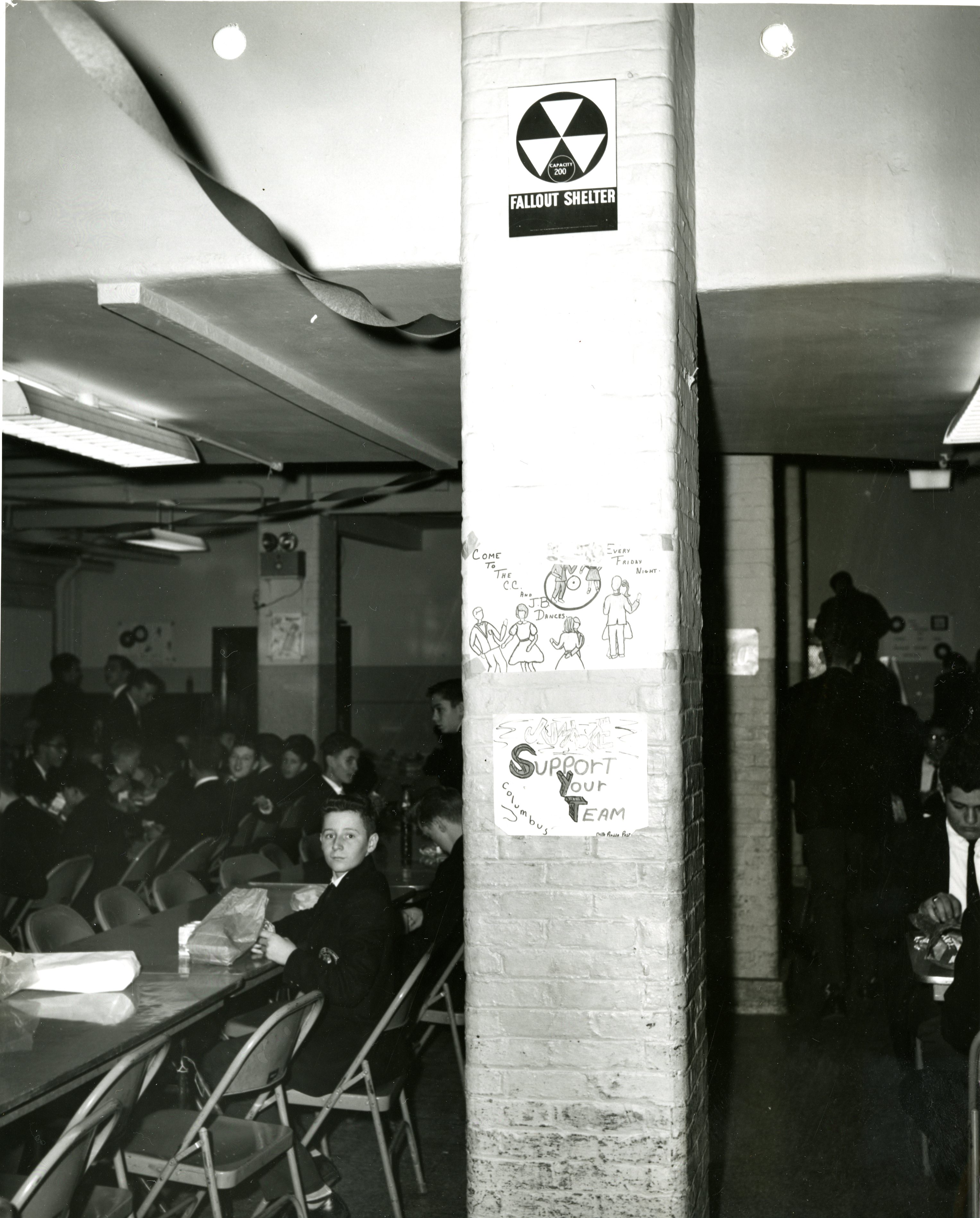 The first photo appears to go into a boiler room or storage area, while the second is in the cafeteria and lists a capacity of 200. All the interior signs are believed to be gone.

These signs were posted almost a month after the first sign was posted in Massachusetts at the State House.

This view last Sunday shows one of the buildings of the Whittier Street projects almost completely demolished, and the lone Fallout Shelter sign on the building awaiting it’s fate.

Like many other city owned housing developments, several of the buildings here were designated as shelters. As of today, however, only one building with a sign remains. The rest have been demolished and replaced with new construction. 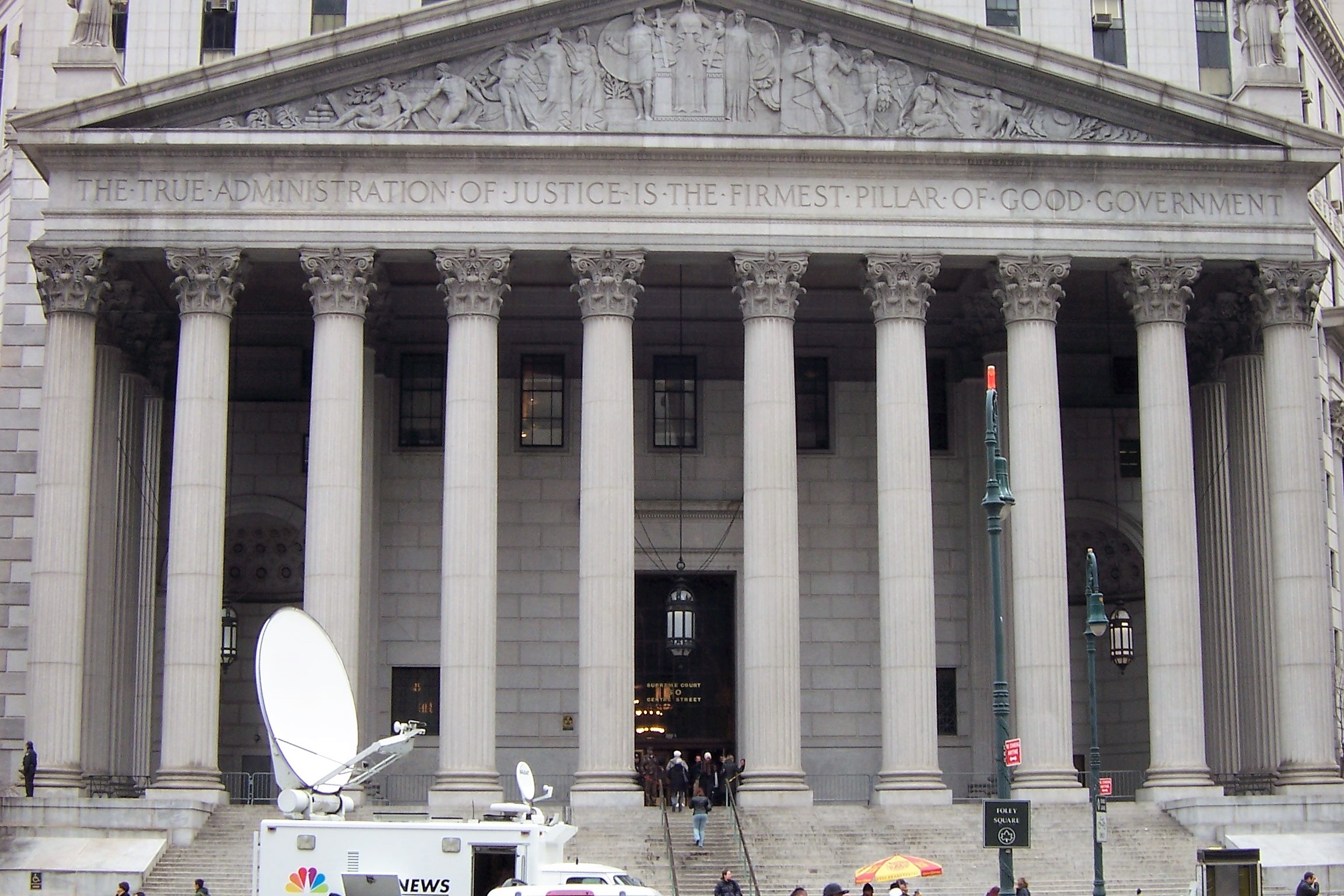 The building above is the New York County Supreme Court, located at 60 Centre Street in Manhattan, in an area known as Foley Square.

If you’re an aficionado of law or court shows, the building should be familiar, as it appears in multiple shows and movies. IMDb lists 60 Centre Street as a filming location in 24 separate movies/shows, the most prominent (and current) being Law and Order: Special Victims Unit 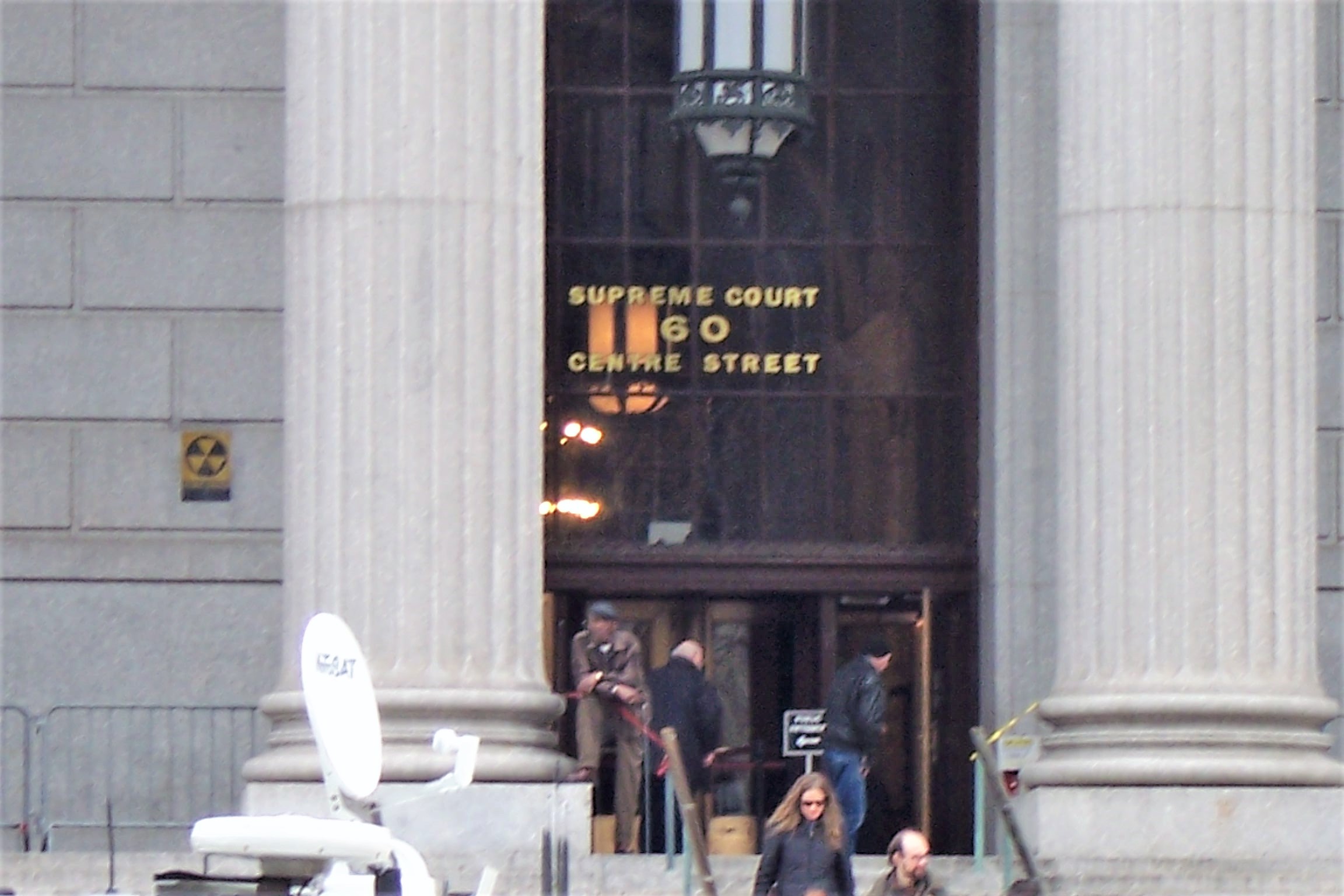 As mentioned in other posts, Fallout Shelter signs often appear in the background of shows and movies (CONELRAD – All Things Atomic has an excellent and unparalleled archive of such sightings).

The above sign has appeared in Trading Places (1983), in a blurry news image photo used in the movie 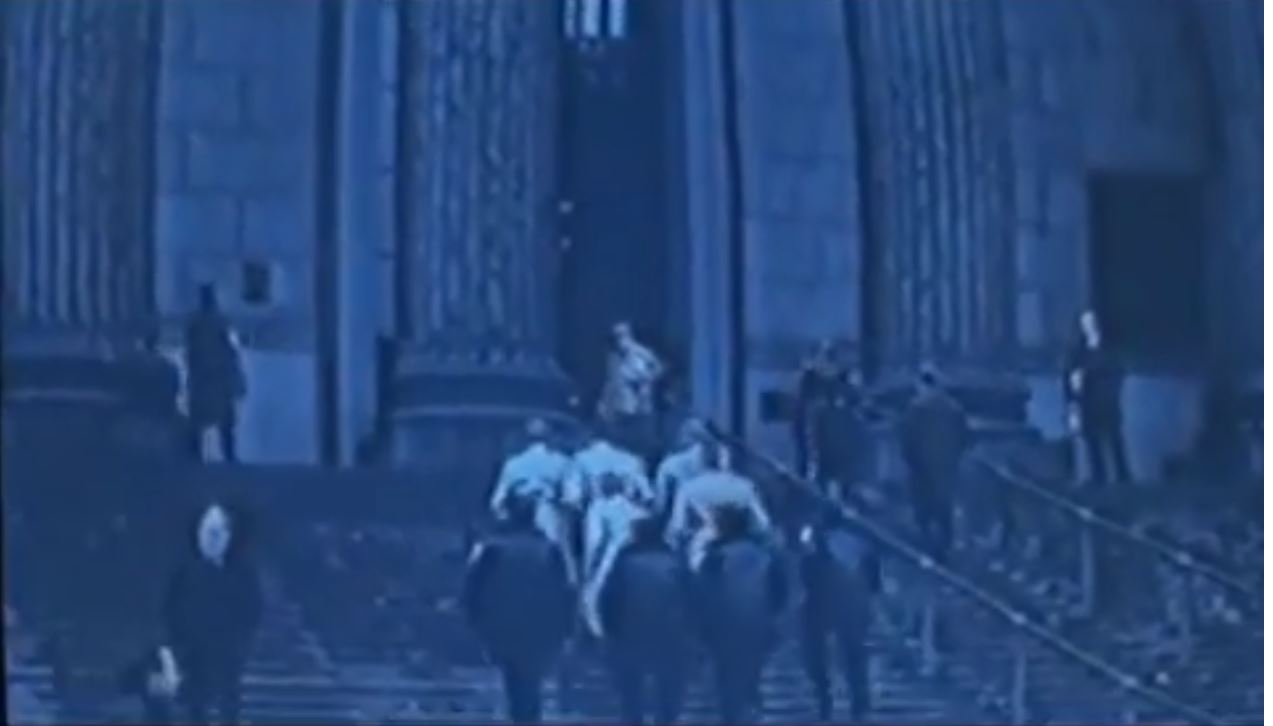 Although screenshots have not yet been located, the sign has also appeared in multiple episodes of Law and Order: SVU and potentially many other movies and shows

However, a visit to the actual site in June 2019 shows that the sign has been removed 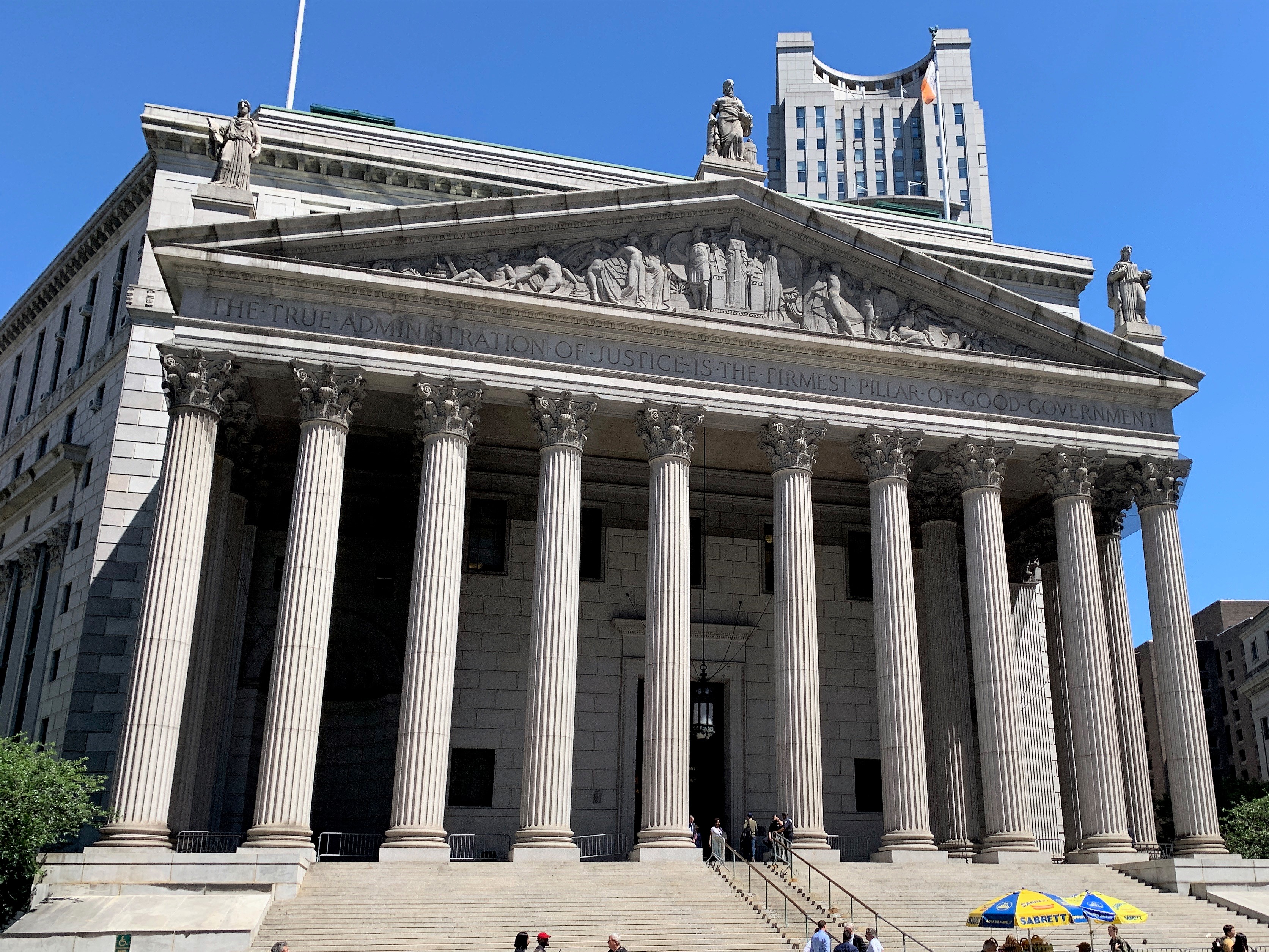 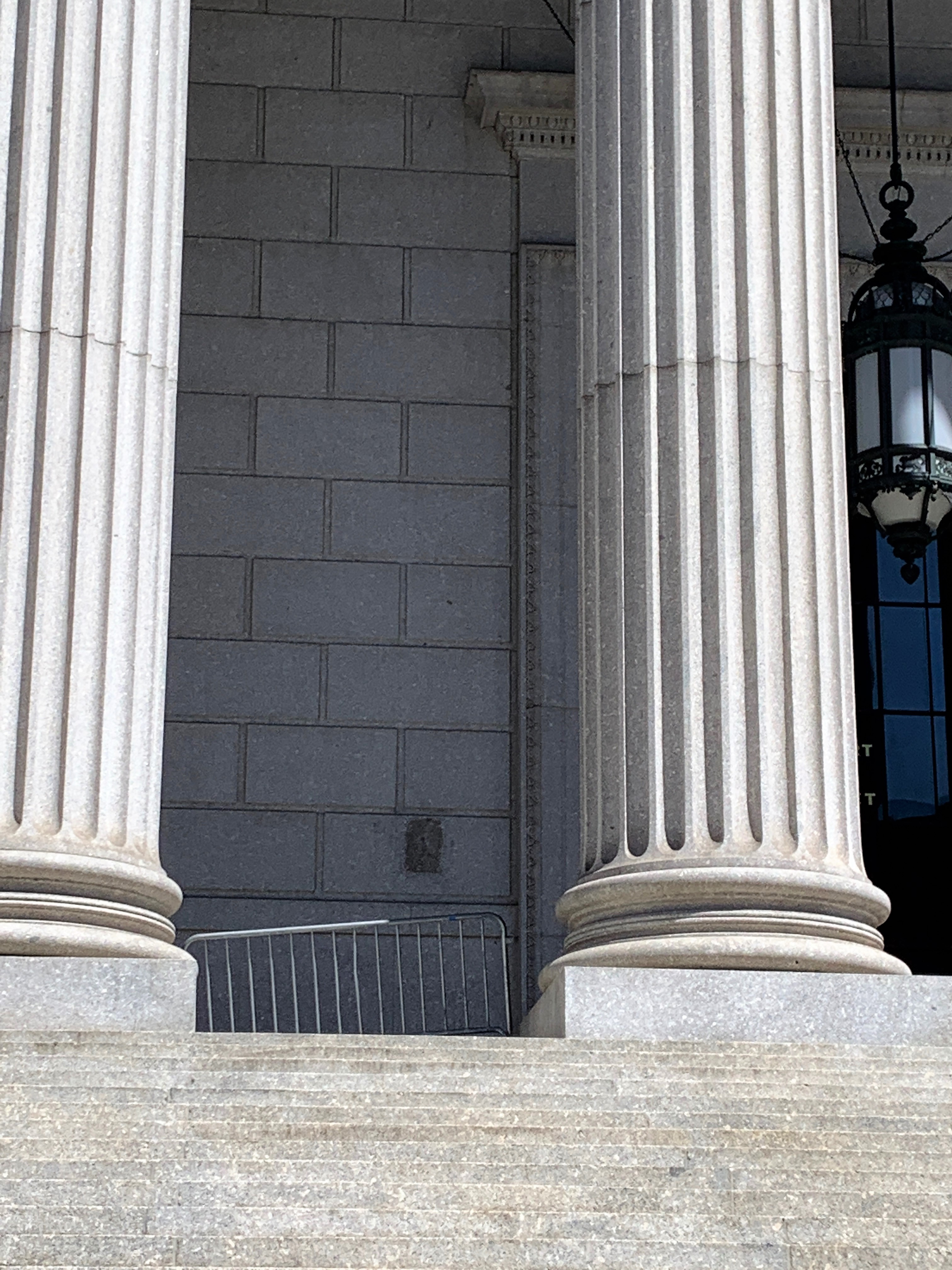 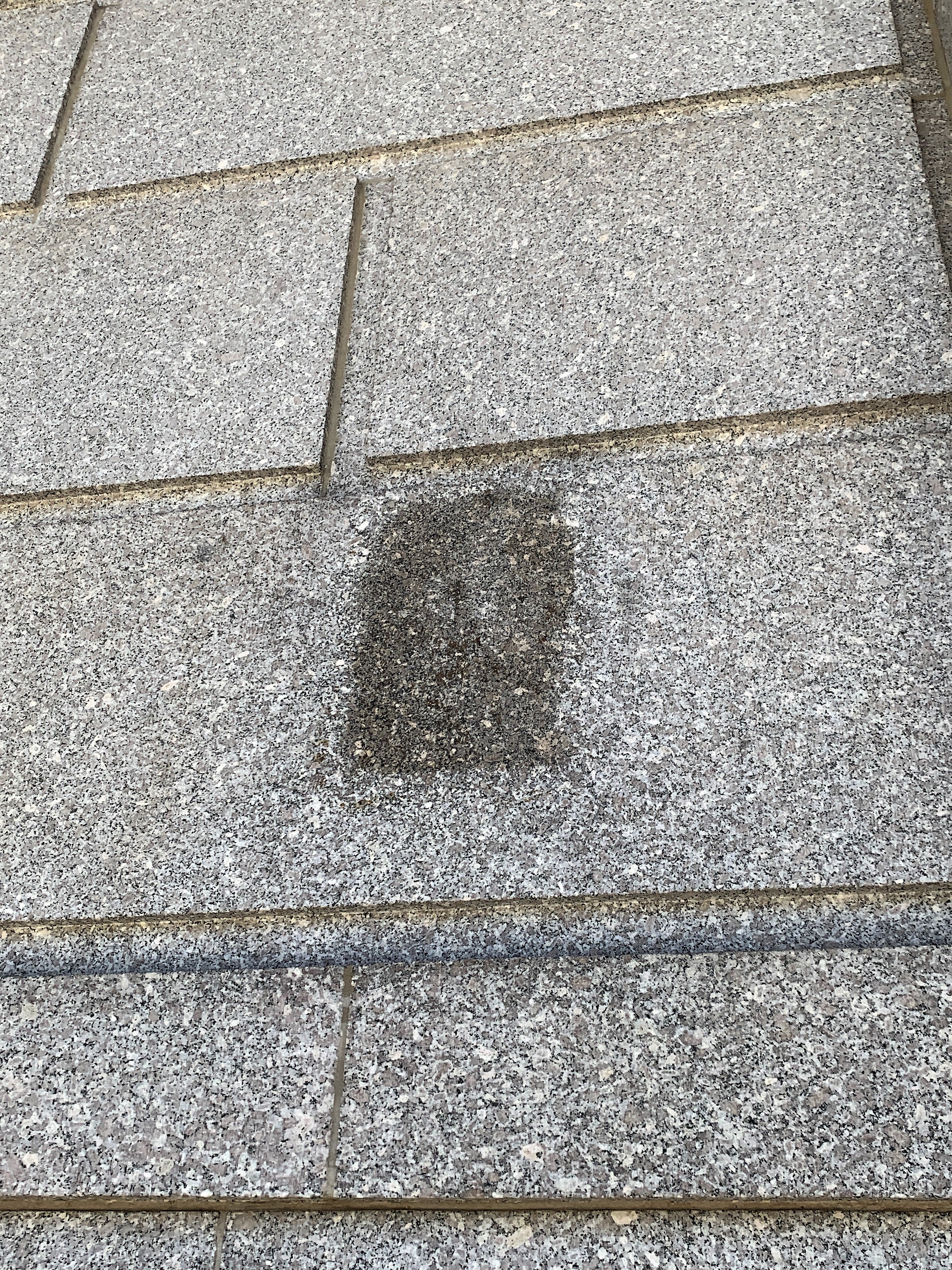 New York started a campaign in December 2017 to remove Fallout Shelter signs; however, this was mostly done at school buildings.

It appears other buildings are now affected. In addition to 60 Centre Street, another state building down the block at 80 Centre Street also had evidence of recently removed signs.

It was disappointing to see this sign gone, as based on the prominence of this building on both TV and in actual court cases, this was likely one of (if not the most) famous Fallout Shelter sign in America.

Have any other tips on shows or movies this sign appeared in? Let us know here.

Google image owned by Google and retrieved on June 14, 2019 from Google Maps 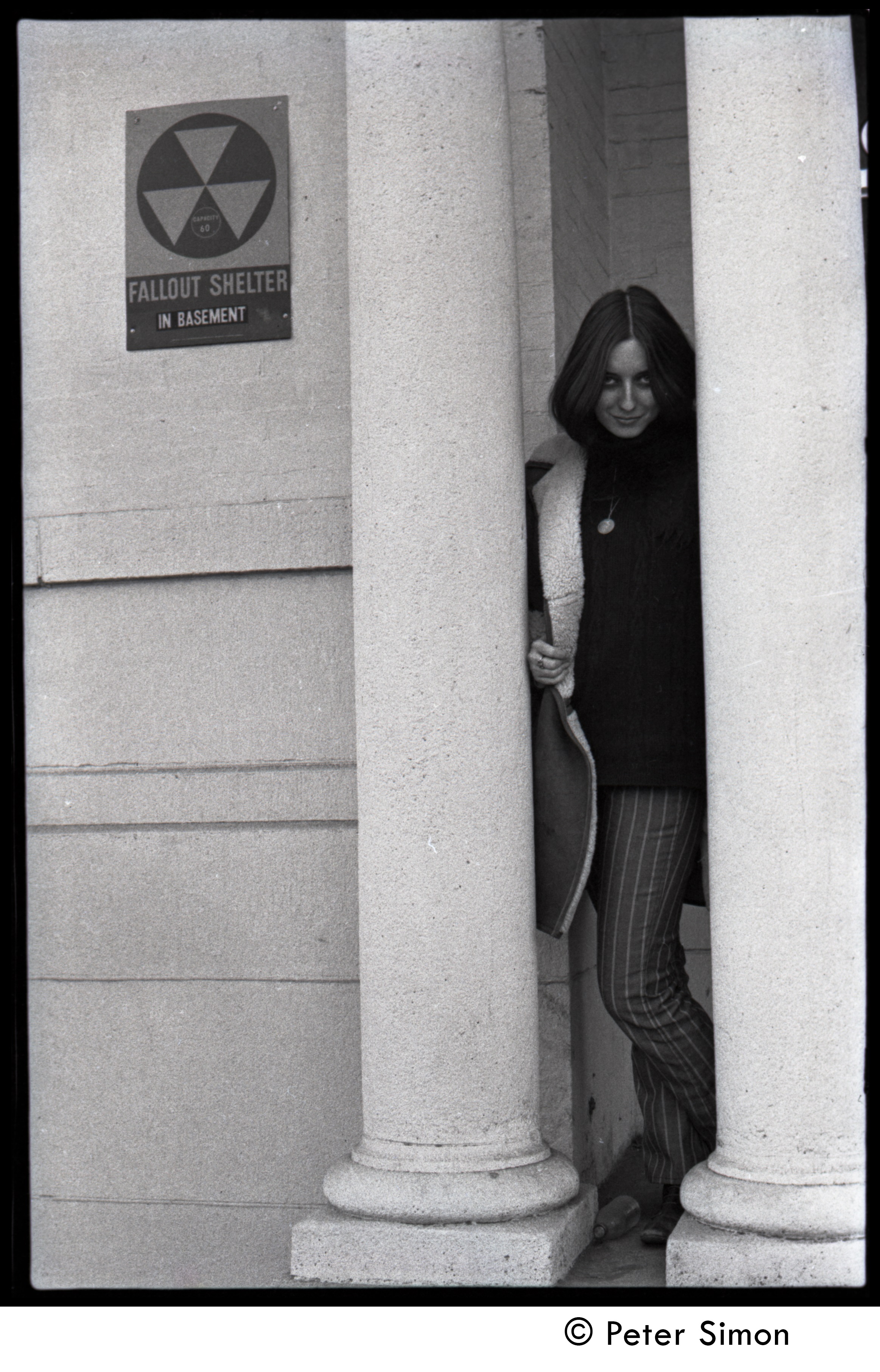