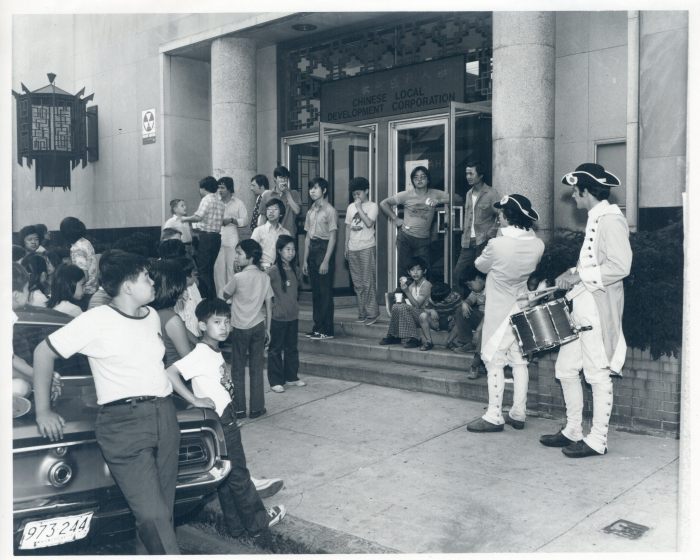 This image from the City of Boston Archives, taken around 1975-1976, shows two Revolutionary War reenactors playing music outside of 20 Hudson Street in Chinatown. The Fallout Shelter sign seen on the building is the same one that was removed and put back up during renovations to what is now Station KTV.

At the time the photo was taken, the building housed the Chinese Local Development Corporation and has had a number of other uses since.

The sign remains in its new location today, and the Fallout Shelter is now a much older 57.

Photo above from the City of Boston Archives and used under Creative Commons licensing. No portion of the photo was changed or altered in any way.