Back in May of 2016, we featured a post called When The Sirens Rang Over Boston, which featured a picture of the former and now non-extant controls of a Federal Signal Air Raid Siren, which were located at Boston Fire Department Engine 51 in Brighton.

As stated in the last post, Boston once had an extensive siren network (many of them on top of city fire stations). However, it was thought at the time that those were likely the last set of air raid siren controls in the city (or anything having to do with the sirens period, since the last siren itself one came down in 2000).

However, here in March of 2017, it was discovered that another set of controls exists at yet another fire station in Brighton (this one is on Chestnut Hill Avenue). 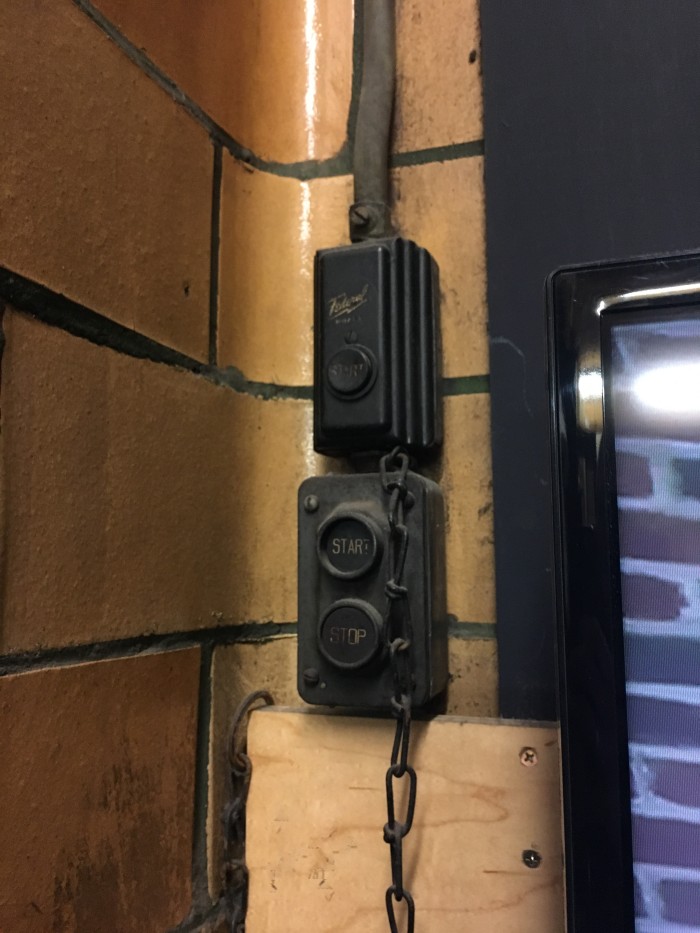 Unlike the last set of controls, there is no protective box over these; however, they are the exact same design as the others.

Historical photos show the siren still on top of the station into the late 1970’s/early 1980’s, although it is unknown exactly when it came down for good.

Either way, it was rare but welcomed to find it’s controls still in place.