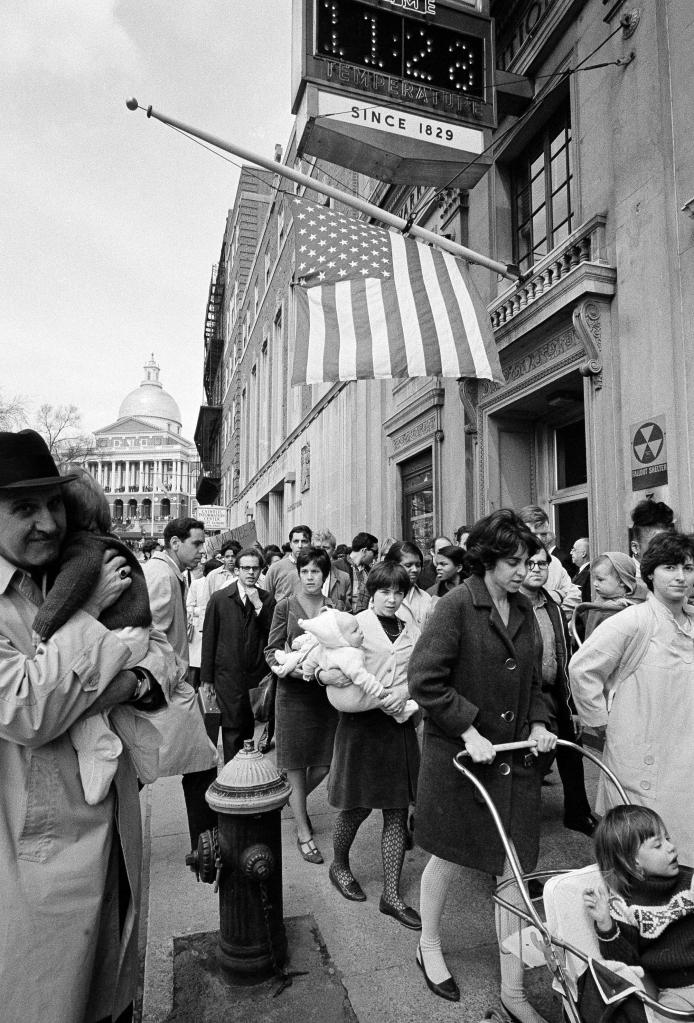 People are seen walking past a Fallout Shelter sign at 3 Park Street in Boston, just down from the Massachusetts State House, on April 5, 1968. These people had been engaged in demonstrations that took place after the assassination of Dr. Martin Luther King, Jr in Memphis, Tennessee the day prior.

The building, which appeared to have been a bank when this was taken, still stands but the sign is gone.